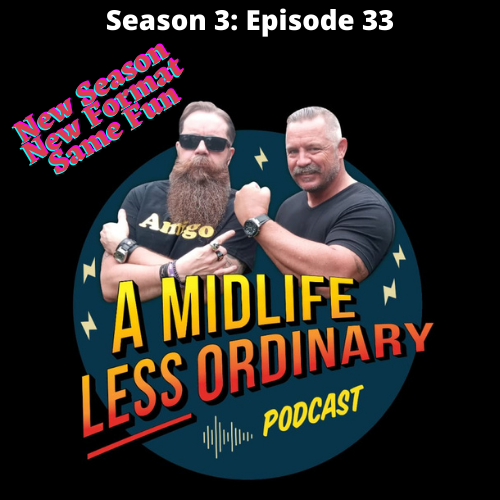 Wayne gives his insight into the world of Ebikes with no little heckling and dismissive response from Trev, but manages (just about to get his point across)

This weeks AMLO weekly wipe starts with Wayne & Trev putting aside banter for a moment whilst they pay tribute and condolences to the tragic events that unfolded in a Derbyshire village this week with 3 children and a mother losing their life in tragic circumstances. One of the AMLO listeners "Dawn" lives local to these tragic events and has eloquently conveyed the sadness and disbelief that these tragic events have bought to the community.

The matter of the European court of Human rights deeming Russia guilty for the mortal poisoning of Alexander Litvenenko the ex KGB operative who switched to MI6 is discussed in obvious mock and VAR comes under the spotlight in a week that saw Christiano Ronaldo felled more than once and refused a penalty in Mnachester United's game with West Ham.

Dick of the week is back and let's just say that the guys have a failed attempt at recreating history, but lets give them the credit for attempting to come across intelligent, even if this seems ultimately unlikely in any circumstance.

So come join us for the weekly mangazine show for the cool amongst you all, streaming from Sunday 26th September across al formats.