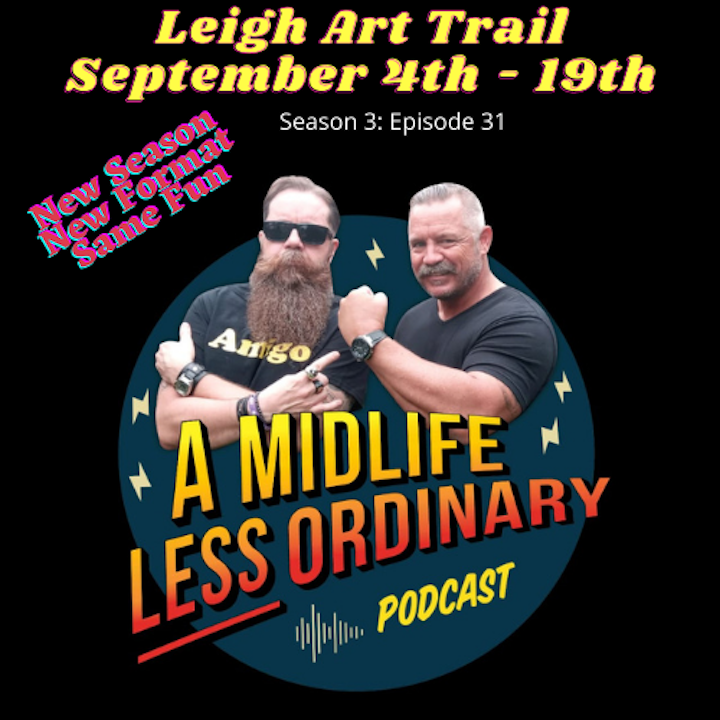 This weeks brings the second episode of the new multi-segment format to our listeners. The feedback for the new format has been positive and certainly takes away any exclusion people may have felt based on the subject based episodes.

More segments are added this week including "The audience has spoken" which showcases voice messages that listeners have left on the AMLO website and also "Dick Of The Week" which we will leave to your imagination, but it might not be as obvious as you believe, or is that as shallow as you believe Wayne & Trev to be?

The guys go on location at the Leigh Art trail with friend of the show Andy Downes in his "Little known Studio" in Leigh on Sea which is location number 3 on the trail. The guys ask Andy his thoughts on this years trail and Andy also has some big news to share about an upcoming project. Expressionist artist "Dave Nevard" is also exhibiting at The studio over the two weeks of the trail and the guys managed to grab a few words with him. Hopefully Dave will be a future guest on the show and he will certainly make an interesting guest for sure.

So go to where you get your podcasts on Sunday 12th September and fill up on fun, culture and shennanigans in only the way A Midlife Less Ordinary Podcast can do, the guys look forward to your company.