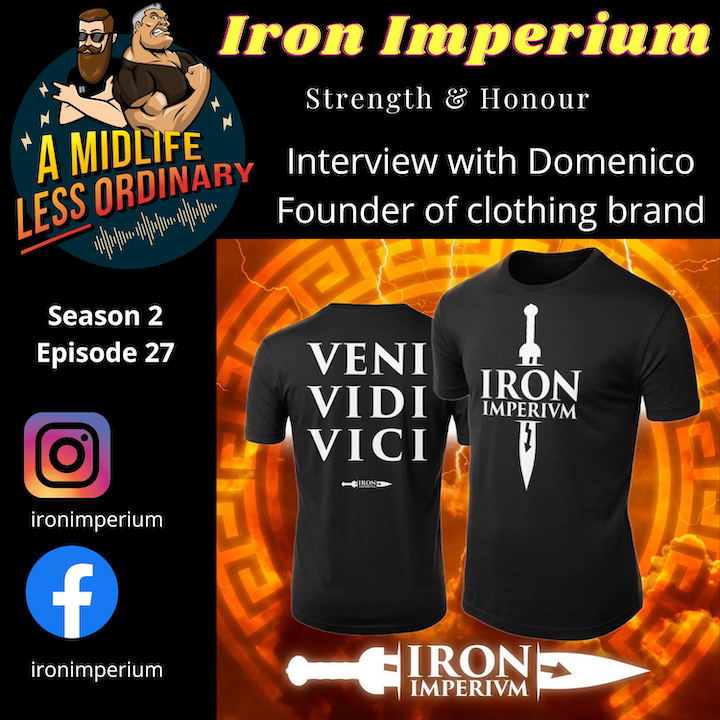 This episode is all about clothing brands in general and how we are alla slave to the power of a brand and maybe it is time for us to think outside the box where clothing is concerned as all these brands stay on trend with no individuality or originality to speak of anymore.

Not such a worry with Iron Imperium as you'll hear Dom passionately explain how he wants people to feel inspried by wearing his clothing brand. Dom has a vivid knoweldge of all ancient mythology from the various cultures such as the Vikings as well as his native Roman culture but has decided to bring to the market the most accurate depiction so far of this portion of history with accurate detail true to the facts.

Iron Imperium produce clothing for Men and Women, so there is something for everyone here, Dom is from a marketing background so has hit the ground running where branding and marketing is concerned and you will see from all the Iron Imperium social media presence, the quality and heart and soul that has gone into getting this brand to market.

From Sunday July 11th, come join us on another AMLO journey of discovery of Roman epic proportions.