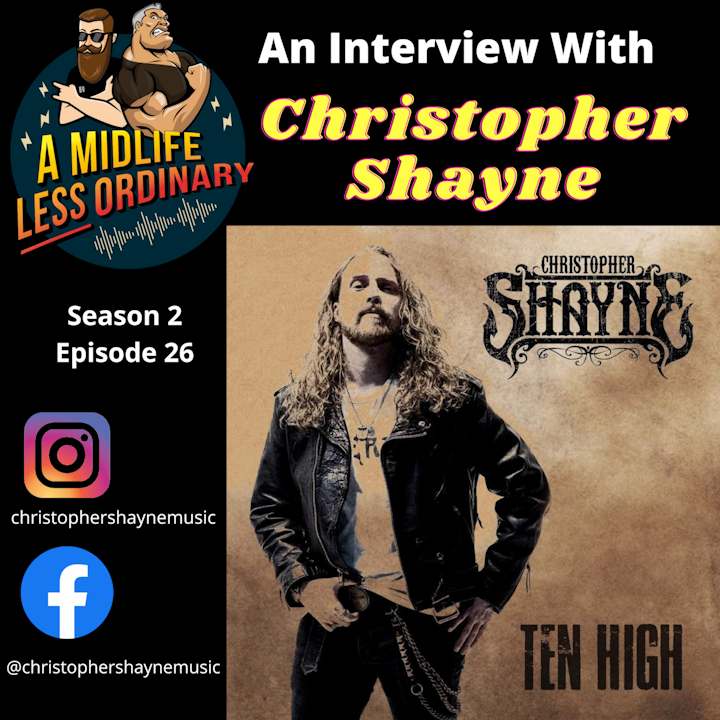 Christopher Shayne is this weeks guest on A Midlife Less ordinary, the Phoenix based musician who fronts the Christopher Shayne band joins Wayne & Trev for an in-depth chat about all things rock music, being the ultimate front man and obviously taking part in Test The Guest.

The Christopher Shayne band have been making fun Country/Southern rock with a pub rock twist for some time with Chris fronting in a style only seen in a very few bands, with an authentic classic rock sound akin to the days of AC/DC and the like and the energy of early tracks from "The Darkness"

Trev and Chris talk all things influences before getting to the nitty gritty with Chris about his roots and his all round dedication to his musical craft and why he loves to give his audiences the best time that can be had.

This is the perfect time with the recent EP "Ten High" being released with tracks such as "Pour The Bottle" and "Nice Ride" being released as singles and with music videos available to view, we would recommend you search out some Christopher Shayne music as this is exactly what the world needs right now. But make sure you join us from Sunday 4th July when this episode starts streaming and make it an AMLO kind of Sunday, see you there guys!