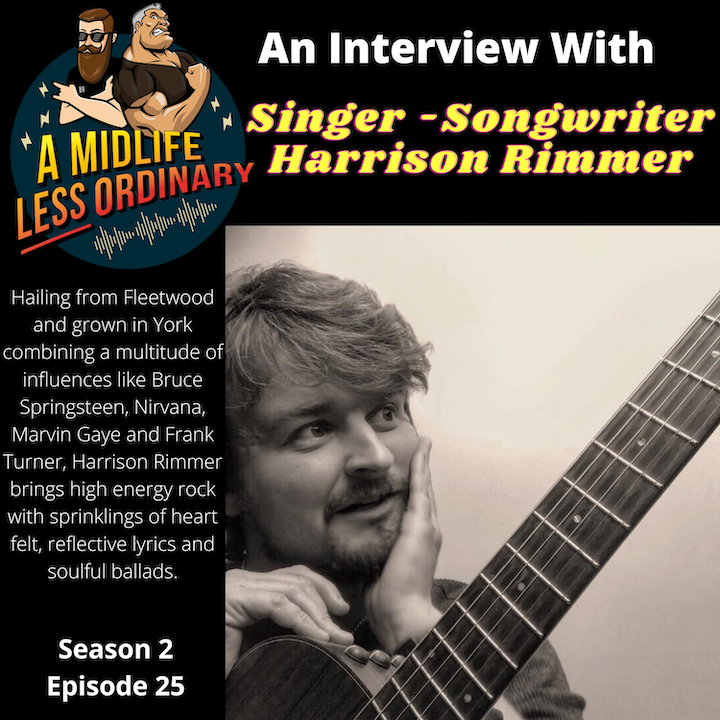 This week Harrison Rimmer joins A Midlife Less Ordinary to discuss his musical career so far which has included touring various parts of the world, making music videos and entertaining people with his brand of music for many years.

Harrison is obviously a very hardworking artist and when he is not gigging on stage, he can be found performing on a live stream somewhere and entertaining his fans. So this episode is a detachment from previous musical episodes which have been predominantly rock music biased.

Trev goes head to head with Harrison on this weeks Test The Guest with a subject as always close to the guests heart. We find out howq difficult an audience can be and how you learn quickly to engage your audience when forced to during those difficult times.

Harrison's music can be found on all the normal streaming formats and we encourage you to give his music a listen and support this extremely telented and hardworking individual. Streaming on all the usual formats from Sunday 27th June, we hope you join us on another musical journey. 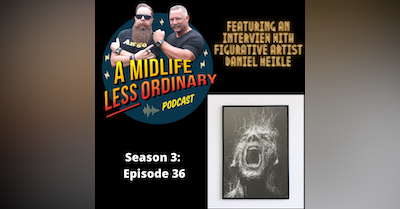 Streaming from Sunday 17th October, this episode of A Midlife Less Ordinary welcomes artist Daniel Meikle for a short interview to talk about figurative …