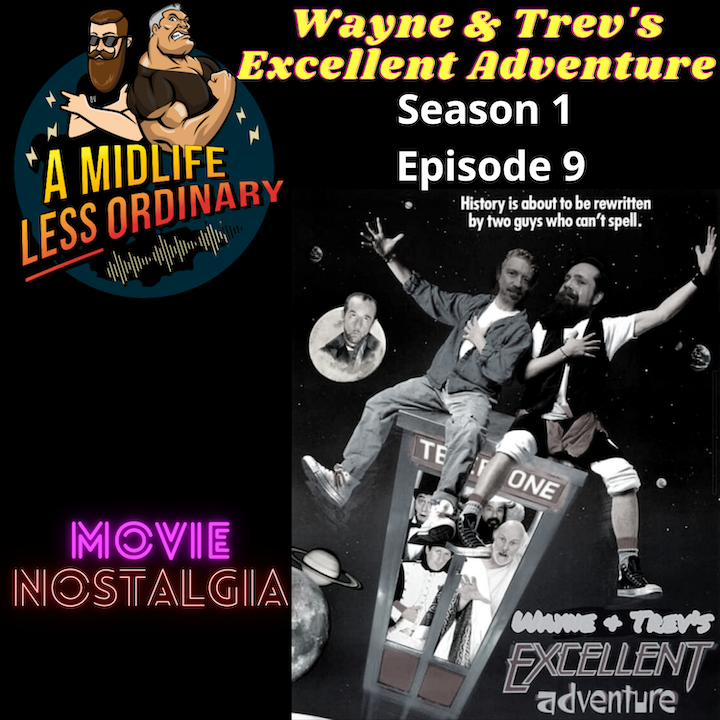 After last weeks nostalgia trip down 80’s TV memory lane which certainly sparked some debate, especially about all the wonderful shows we didn’t fit into this episode such as Grange Hill, TJ Hooker and Man From Atlantis. Maybe TV shows deserves to have another A Midlife Less Ordinary follow up where the subject can be discussed in more detail, what do you guys think?

This week movies are getting the nostalgia treatment with a trip down memory lane to some of the most influential movies of our generation. The episode title as we are sure you already know refers to that all time classic dudes movie “Bill & Ted’s Excellent Adventure which recently had a revival which Trev will be giving his opinion on early in the episode.

Who can remember one of Clint Eastwood’s lesser known roles in Firefox or the fabulous stop motion effects used in the original Clash Of The Titans? For sure there will be some Ghostbuster's mentioned and as much as it pains them, Wayne & Trev may be forced to quickly give mention to those familiar female favourites Dirty Dancing and Pretty Woman.

Naming your favourite nostalgic movie is akin to picking a favourite child, well to Wayne & Trev it is as they do not have any children they can get away with that one, but they give it a shot here and Trev as always will be vying to get a full house in Test Trev the Movie version.

So we look forward to you guys joining us once again on a journey to a virtual cinema and even for those that have completed Netflix, there is sure to be something new you can take away to watch, then please do let us know what you thought?  See you there from Sunday 7th March.