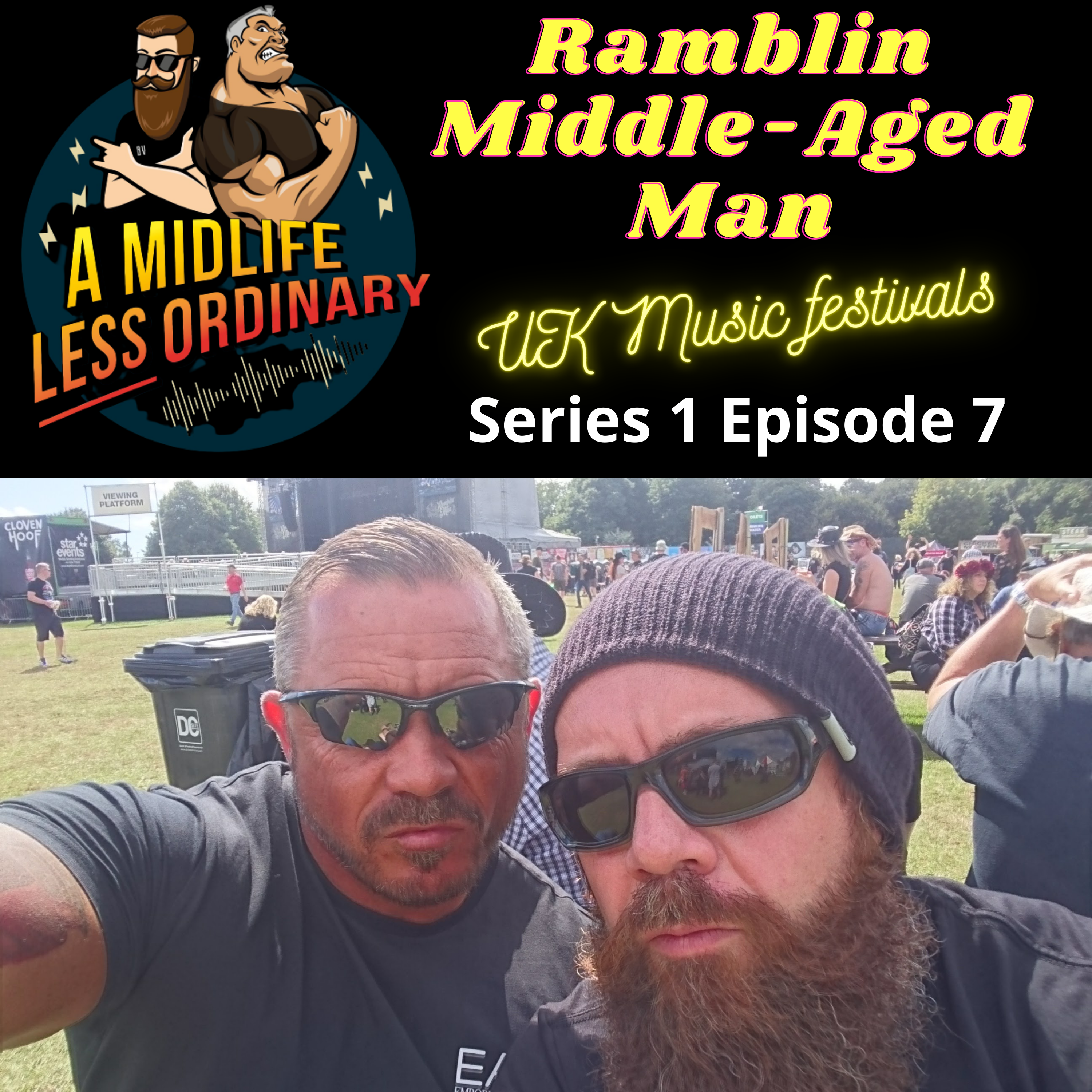 Ramblin Middle-Aged Man is Wayne & Trev’s dissection of the UK Music festival scene. The title is paying homage to a now regular annual festival visit that Wayne & Trev enjoy which is the Ramblin Man festival held at Mote Park in Maidstone Kent (obviously when such events took place in more ordinary times) The Ramblin Man Festival is more suiteable to the midlife festival goer as it tends to attract a slightly more mature crowd than some others.

A large proportion of the British public are said to visit a festival event each year and this popularity is set to rise exponentially once the world returns to a more standard way of living. There is much fun to be had in spending a day listening to your favourite bands in a large field with your friends whilst consuming copious amounts of expensive beverages and your 3 daily meals are a choice of chip, ribs and pizza slices. The enjoyment of a music festival is highly dependent on one unique British trait; yes the Great British weather, sure to confound all the best laid plans with its tendency for the skies to open up just before you leave on your journey.

Wayne & Trev run through some stats on the various UK festivals and Trev gives his unique take on each of the top ten festivals which is sure to be slightly sarcastic but fun all the same. So with the world the way it is right now and with all of us not being able to visit our music festival of choice, why not join us on a journey of reminiscing what it used to be like when we could do just that!