Se1Ep6 - Dancing In The Midlife 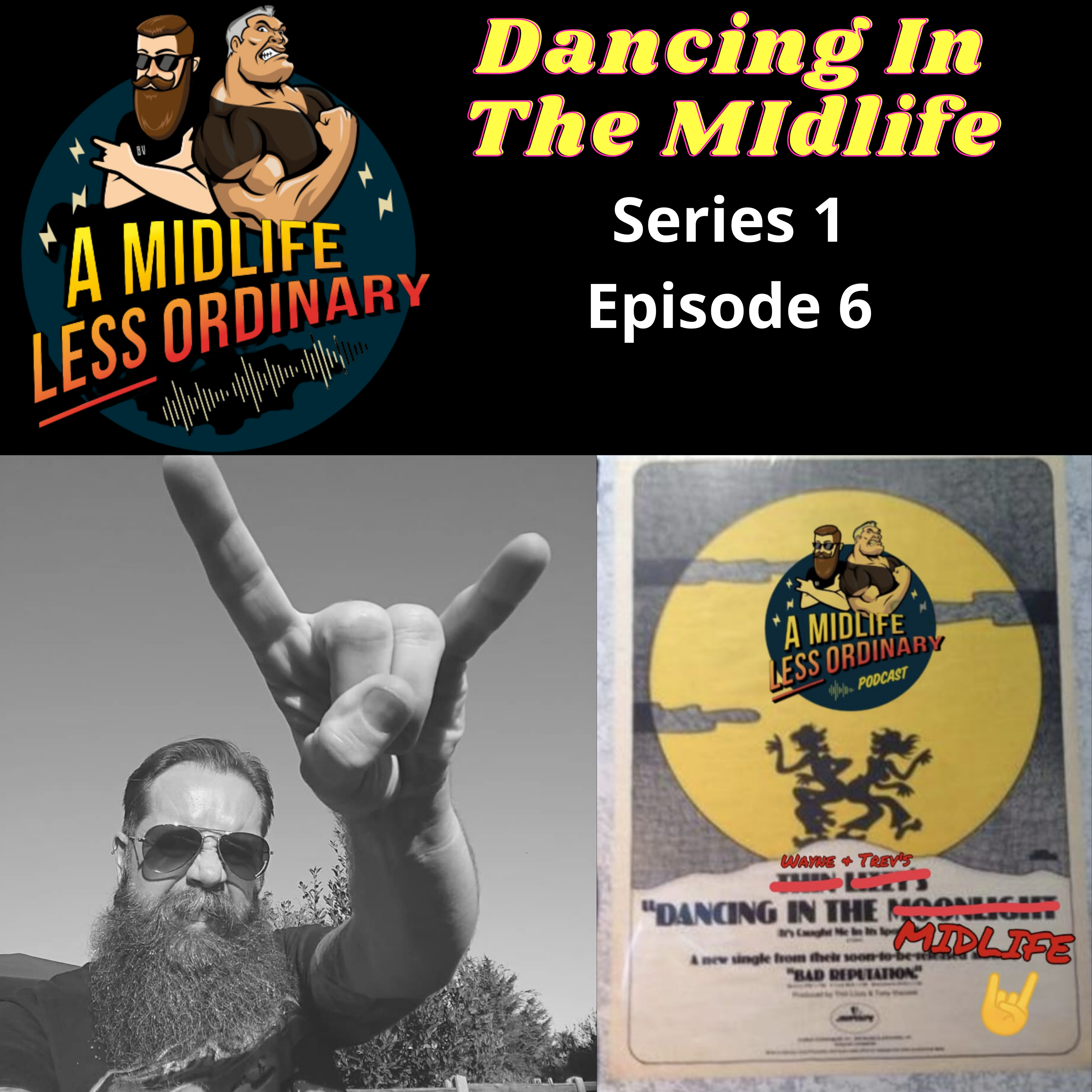 “Dancing In The Midlife” is an ode to music, an episode of nostalgia and a journey that relates to how we evolve our music tastes over time. Wayne & Trev get straight into a discussion that sets out their early musical influences and how this basically shaped their youth, because as we understand it, everybody has a soundtrack to their life with the ability to evoke certain emotions when deep in thought about the content of their particular soundtrack.

The guys also manage to get across what they believe to be un-cool when you are a man of a certain age and as always this comes with a healthy dose of sarcastic wit with no actual intention to offend anyone in particular. Of course, if you are the kind of middle-aged man that dons an “I love Little Mix” Tee shirt when doing your weekly shopping, then there’s probably a part of you that deserves a little offence  (just kidding)

Trev explains his evolution from hardcore heavy metal fan (including matching attire) into a middle-aged Southern Rock and country music inspired rock music with a laid back blues vibe. It is all about knowing when to evolve, even if there’s a part of you that would have absolutely caned your new evolved self some time ago. The kind of music we enjoy as a youth is inspired by our then mood of the time, being somewhat angry at the world can lead to being easily influenced by angry music that mirrors out feelings, but it certainly wouldn’t be healthy to carry these feelings on into older and what should be a more intellectual and experienced midlife.

So, especially if you are a fan of rock music through the 70’s , right up until present day, there is plenty in this episode to keep you entertained, even if only as a nostalgia trip. Learn (as always) as to what Wayne & Trev think is cool and uncool from a musical perspective and please do leave us a message if you have any comments regarding “Dancing In Your Midlfe”