Se1Ep12: Making The Most Of Your Life: Who Wants To Live Forever 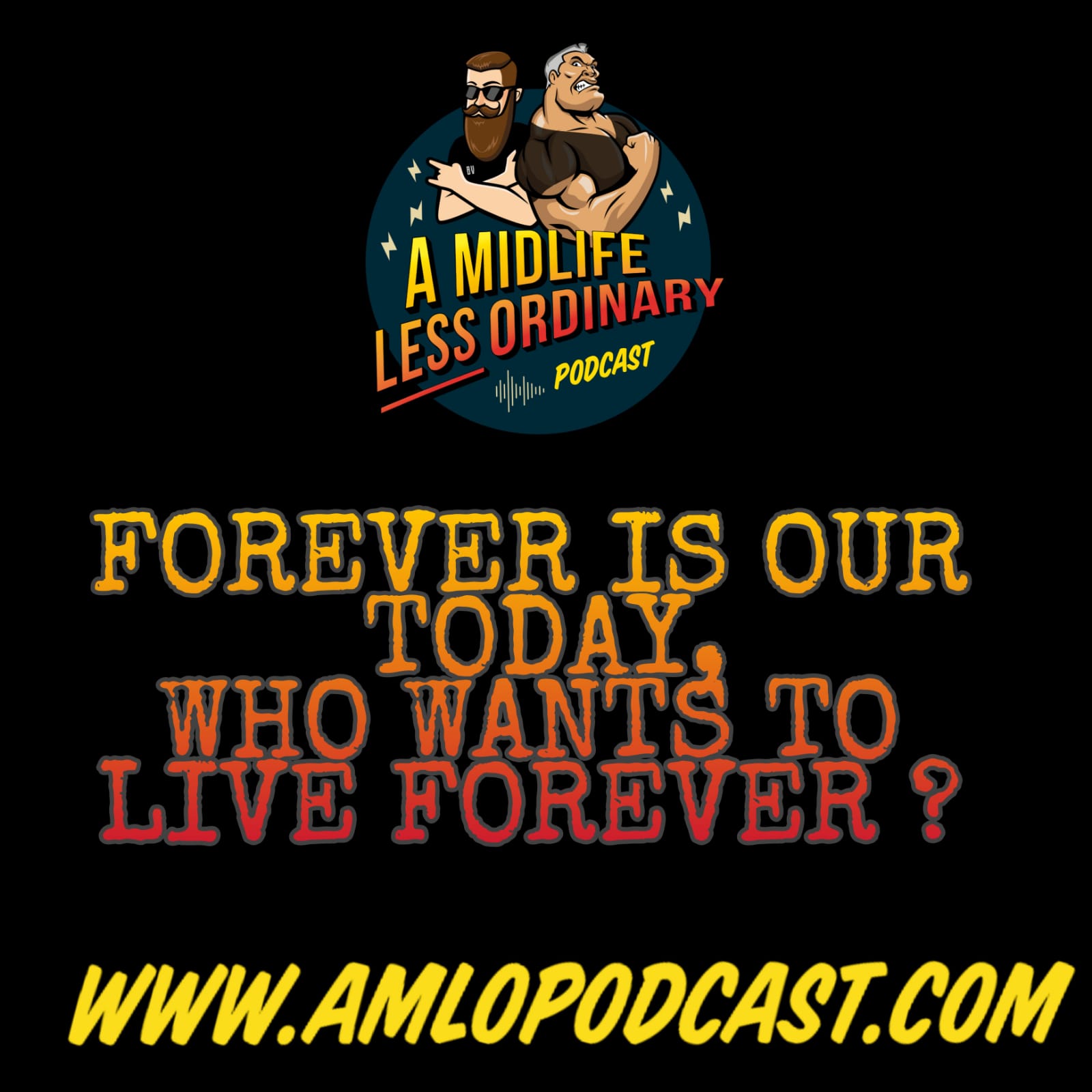 Ok, so here’s the thing, you may be thinking “What’s going on here, there is not meant to be a season 1 Episode 12 of the A Midlife Less Ordinary Podcast, I seem to remember the guys saying that they’ll see you on the next season at the end of the last week’s episode”  Well, you would be right in remembering that, this is what was said.

Being that “Hands Off My Joystick” was episode 11, it transpires that Trev especially does not like odd numbers and finishing the season on episode 11 would have kept him awake at night, for at least five minutes. So, Wayne & Trev decided very recently to record another episode that’s a little different to all the others and they see it as their introduction to season 2 and book end to season 1, as well as helping Trev’s sleep of course.

So this episode is entitled “Making The Most Of Your Life” and Subtitled “Who Wants To Live Forever” A little reference to Highlander and Queen Fans out there. The guys attempt to encourage everyone to consider their mortality which hopefully translates into making the most of their lives. There is of course a fine line between encouragement and being preachy and Wayne & Trev point out that it is not their intention to patronise anyone in the process of this episode, but just to reflect on what we could all maybe do or change to keep making progress and there is much talk of comfort zones to be heard.

Of course, these two guys are in their midlife and still play video games and watch kids movies, so what do they know about people’s lives and self-improvement! This is true, but they are attempting sincerity and we should all do our best to have more of that in our lives.

So, through one of the longer episodes that really does end the first season (this time we promise) The guys say how much they have enjoyed the interviews that are being released in season 2 and they hope that it maybe inspires people to take up something new or at least maybe showcase their own hobbies and pastimes.

As the guys are conscious that this episode is a little more serious in its content than maybe the others, they end the episode by taking a phone call from a regularly mentioned person in the podcast and it is obvious that the guys have much respect for them, well it actually appears they are a little frightened and so they should be……. You’ll have to download this episode to find out what happened there.

So there you go, 28th March 2021 is the end of the first season of A Midlife Less Ordinary and we thank everyone for the support along the way and we hope at least that we have brightened up the odd day here or there.  Please do keep the content coming into the website and if you would like to appear on the podcast in the future and showcase your less ordinary pastime, then we will be happy to hear from you. Keep living those good times!!